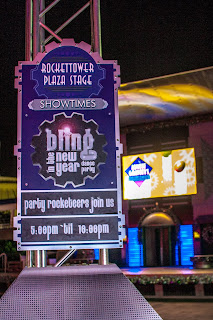 During the first week of 2013 Disney World held the first of its Limited Time Magic events, a New Year's Eve dance party, billed as Bling in the New Year.  I had the chance to visit on January 5th and the photos below should give you an idea what the experience looked like.  I had originally visited on January 2nd at midnight, not realizing that the "New Year's" party ended much earlier in the day.

The dance party was similar to other party's on Tomorrowland's Rockettower Plaza Stage (near Space Mountain), with characters among the crowd being the highlight of the event.  I saw Chip and Dale lead a conga line and mingle with their fans.  Stich, dressed as Elvis, was generally mobbed with guests, so I couldn't get too close to him without pushing his real fans out of the way, but you should get an idea what he looked like in his special costume.

Stilt walkers and a DJ rounded out the event. 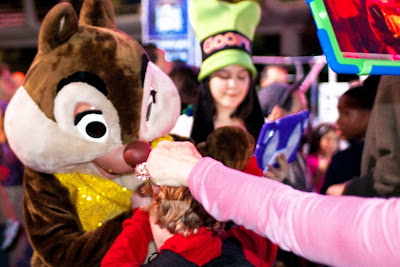 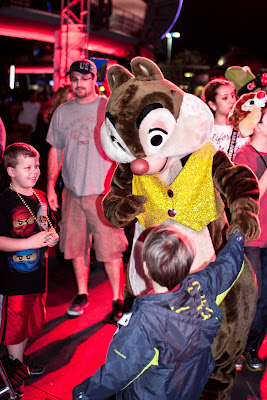 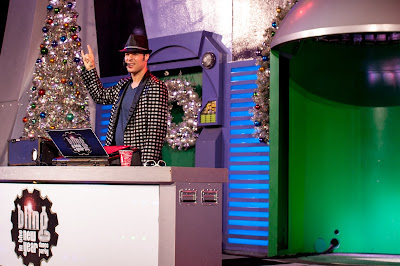 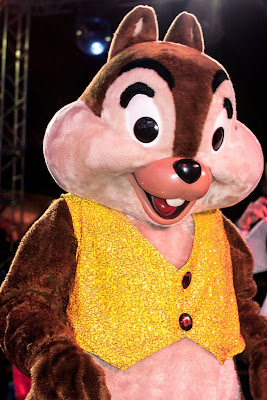 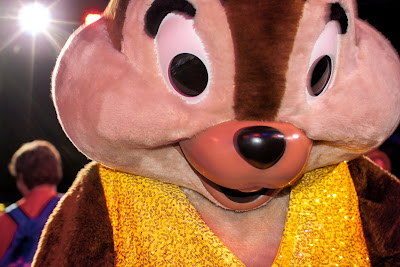 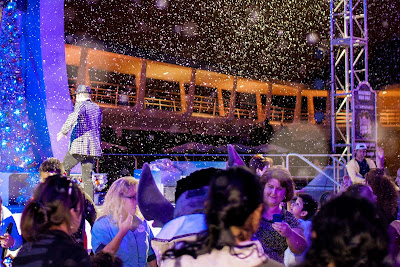 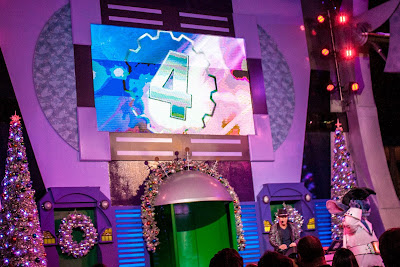 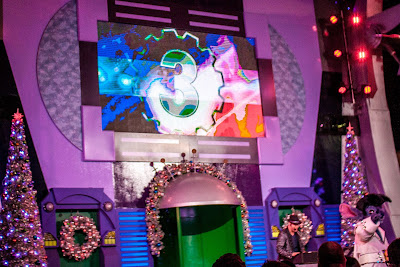 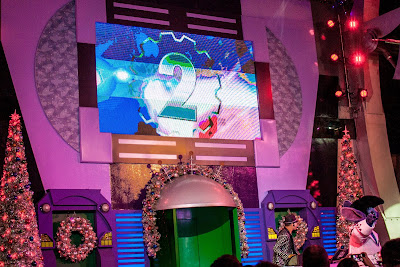 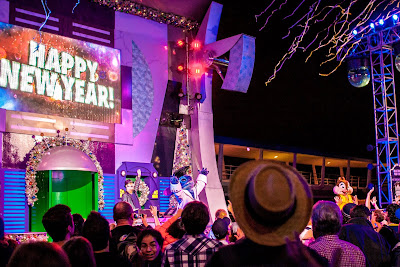 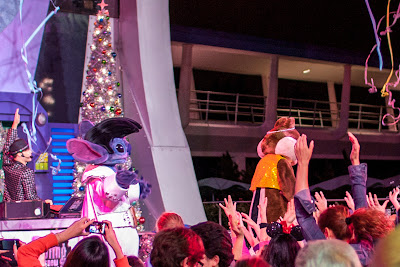 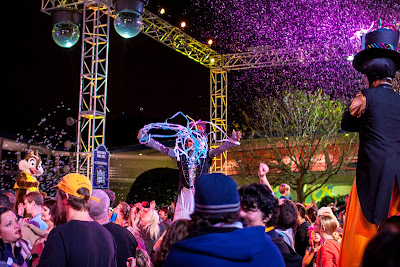 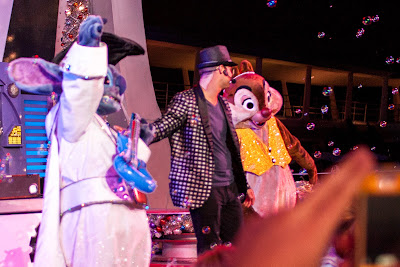 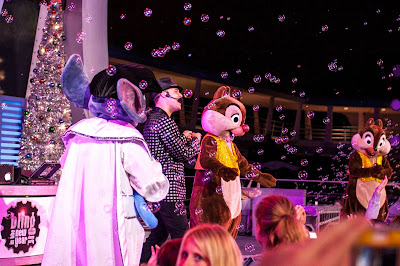 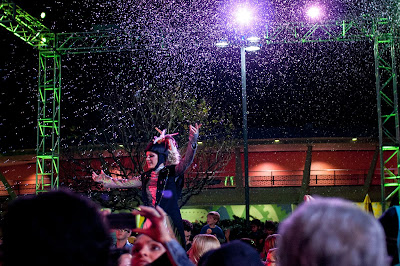 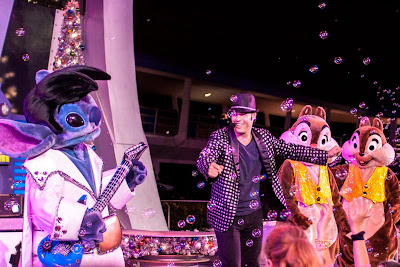 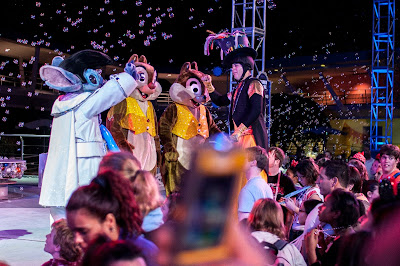 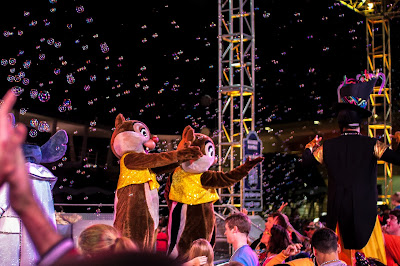