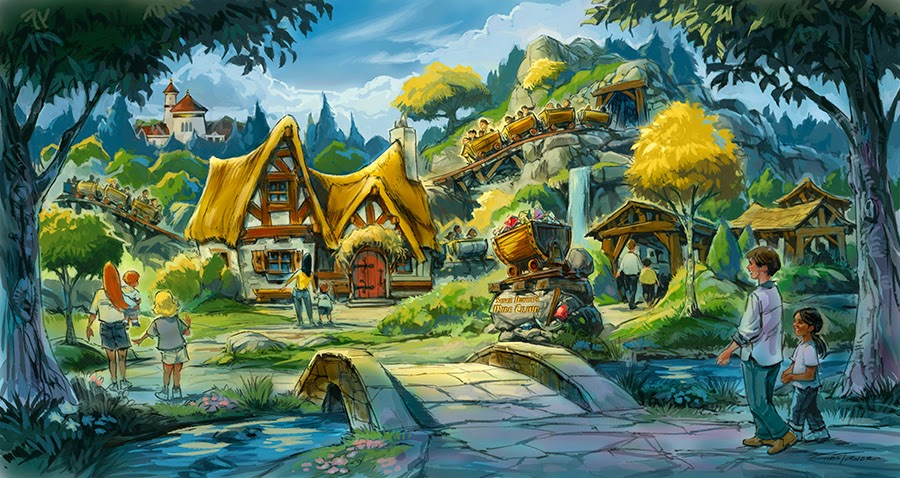 This afternoon, the Disney Parks Blog hosted a live chat with Dave Minichiello, Imagineer and Creative Director for the Seven Dwarfs Mine Train in Walt Disney World’s Magic Kingdom. Minichiello answered questions, mostly from the moderator, Disney Parks blogger Jennifer Fickley-Baker. Below is a summary of what was covered. 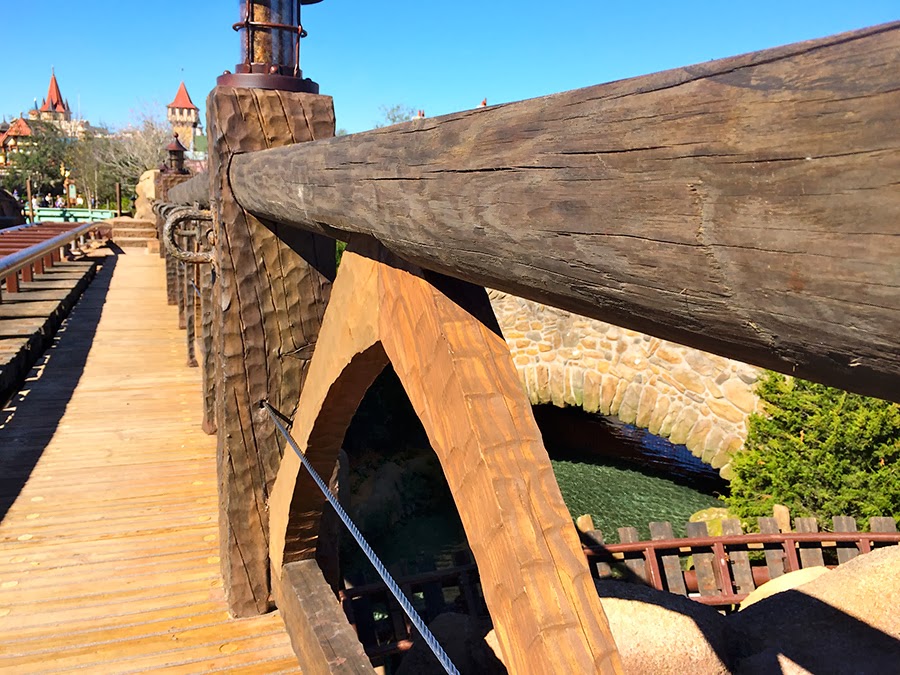 Minichiello explained that construction is on schedule and at this point, "pretty much every day is a milestone."  He spoke of the recently unveiled Dwarfs Cottage, "which is going quickly and looking amazing" and how trees are now being planted so "we’re starting to see [the attraction] as a part of the forest." On the outside of the attraction, Minichiello said that the "final rockwork is being completed" and "thematic painting" continues, while the progress of the interior of the ride is "going very well."  Now that we see ride testing taking place it is easy to get excited about when soft openings or guest testing may occur, but when asked about an opening date, Minichiello only offered, "spring." 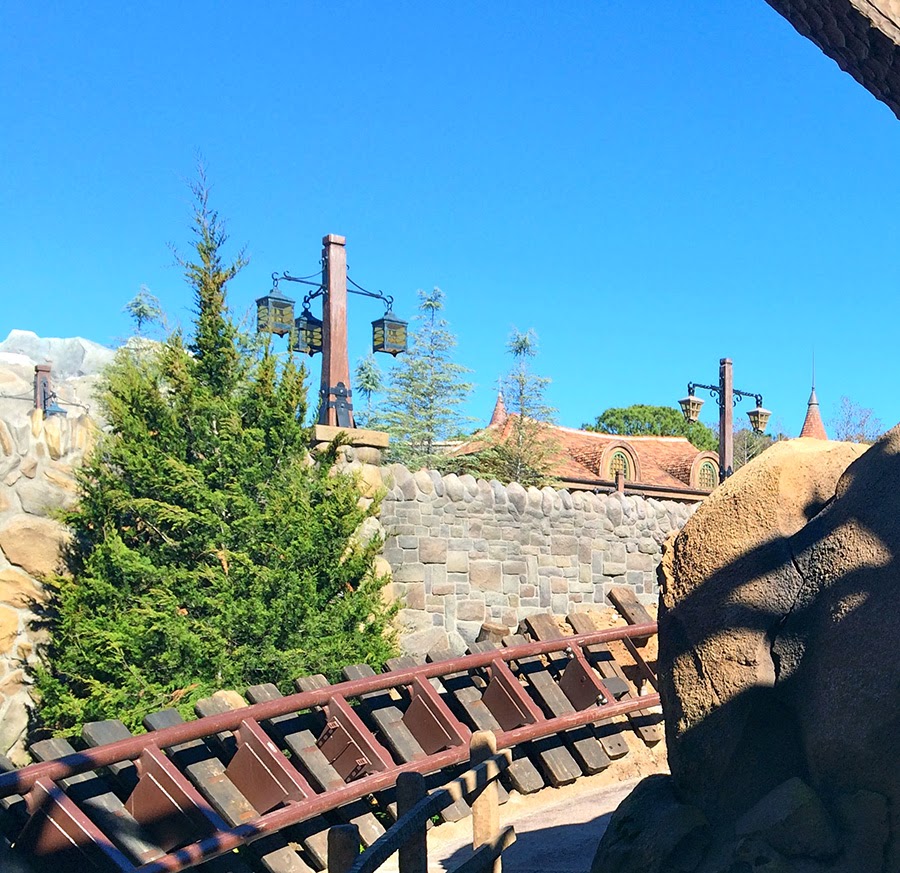 There was some discussion about the thought process that went into the creation of the Mine Train Ride.  The Mine Train ride was described as the "centerpiece" of New Fantasyland and that it will "create kinetic energy throughout the land." Minichiello said that Imagineers were "looking for a family coaster type of experience" and chose "Snow White and a Mine Train type of vehicle." This was in contrast to the design process of many other attractions, where Imagineers start with a story and then develop the ride.  The discussion of the ride vehicle continued (see below), as this was clearly one of the talking points Disney wanted to make sure we focus on as we anticipate the opening date.

Many of the questions addressed details about the Mine Train. During these press events, Disney is always careful not to reveal too much, while it introduces the terminology the company wishes us to use in describing a new attraction.  Along those lines, host Fickley-Baker described this attraction as "a combination of a family coaster and a dark ride." Disney was very successful in combining a dark ride and a moderately-paced thrill ride (albeit not a "coaster") with Radiator Springs Racers in Disney's California Adventure park, so it will be a tall order to see if the Seven Dwarfs Mine Train can live up to that standard.

Other details that were revealed or confirmed, include: 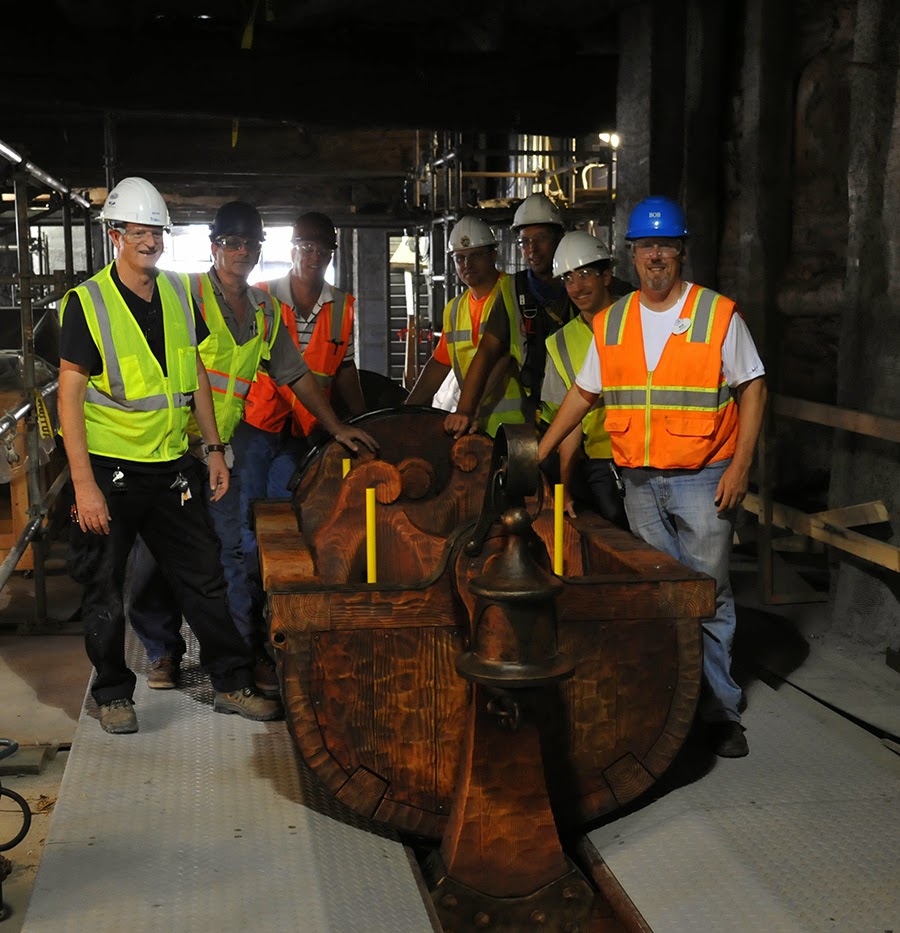 Many of the questions that were selected and some of the moderator's own questions focused on the mine car ride vehicles, which Minichiello said will give "the guests a new sensation they've never had before."  The ride vehicles, described by host Fickley-Baker as "unique to this attraction," offer what Minichiello describes as "the sensation of pivoting back and forth." Riders should be able to "feel differences in the various terrain around the mountain," though the ride is still described as "very smooth." The mine cars will operate at different speeds, slowing down for some of the more detail-laden parts of the attraction, which it sounds like will primarily be inside the mine (in the "dark ride" part of the attraction).  The weathered appearance of the faux-wooden cars was also discussed, as Fickley-Baker noted each car will be "individually handpainted and aged."

Disney also shared a video combining their CGI concept model shown side to side along with a ride video showing the current ride in its current form:

You can read the chat in its entirety by following this link: http://disneyparks.disney.go.com/blog/2014/02/live-chat-talk-seven-dwarfs-mine-train-today-at-230-p-m-edt/