For decades Disney has used brochure style/sized guides/maps to their parks. Earlier designs were wider and more booklike, but this new style guide was established beginning in the mid 1980s. The contents were very similar to previous guides, even using many of the same graphics, but the park map was moved to a foldout section in the front of the brochure and the map itself became a less stylized more utilitarian design that many readers will remember from their early Disney World visits.

These guide books including similar sections devoted to each "land" than were part of previous guides. Also included were nearly identical resort maps and discussion of recreation, shopping, and other things to do around the Disney World property. The photo tips section remained, though in a different format, as the park's photography sponsorship shifted from Polaroid to Kodak.

This is the guide book my family used when we visited the Magic Kingdom in late March and early April, 1985. 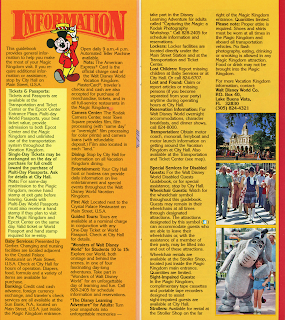 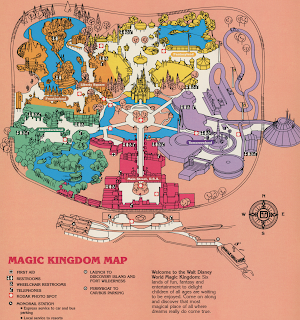 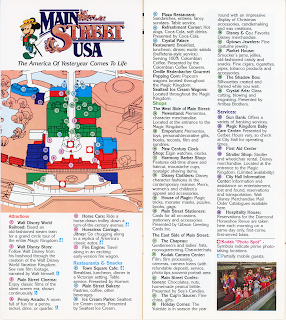 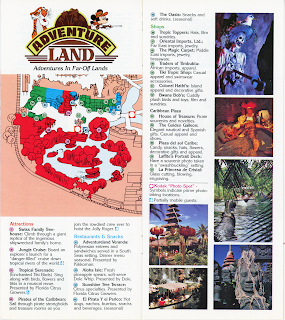 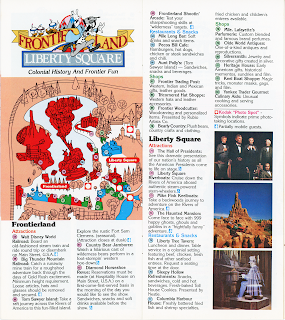 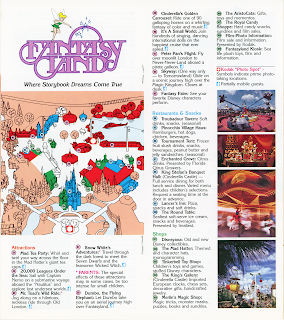 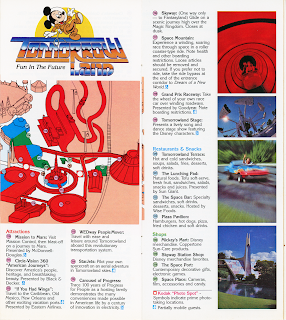 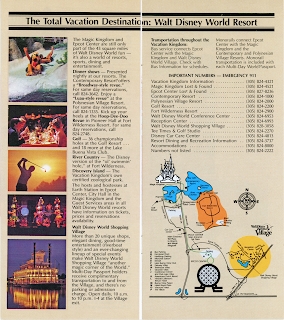 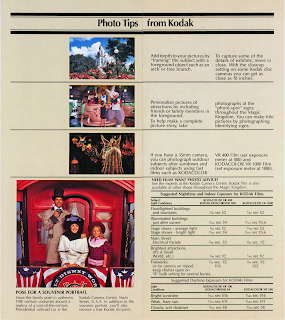 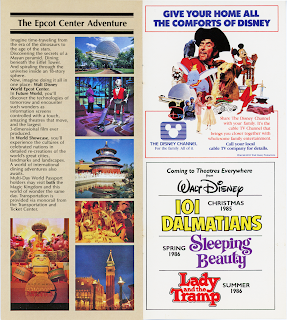 Posted by PracticalWDW at 3:09 PM