By 1982, Disney World's Magic Kingdom guidebook had been around for a while, but now mentioned the new theme park that would open before the end of that year (EPCOT Center had its own separate guidebook). In addition to references to EPCOT Center, there were a few changes to the book from the previous year's version, including moving the park map right to the front of the guide and a series of whimsical drawings of Disney characters (mostly Mickey Mouse) highlighting each Land in the Magic Kingdom. Also gone are references to the A, B, C, D, and E tickets that were important in previous guides, as Disney had now fully committed to a single park admission that allowed unlimited access to all the rides and other attractions inside the park. 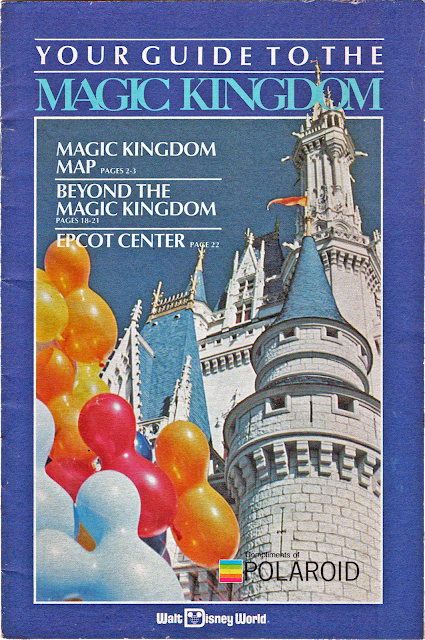 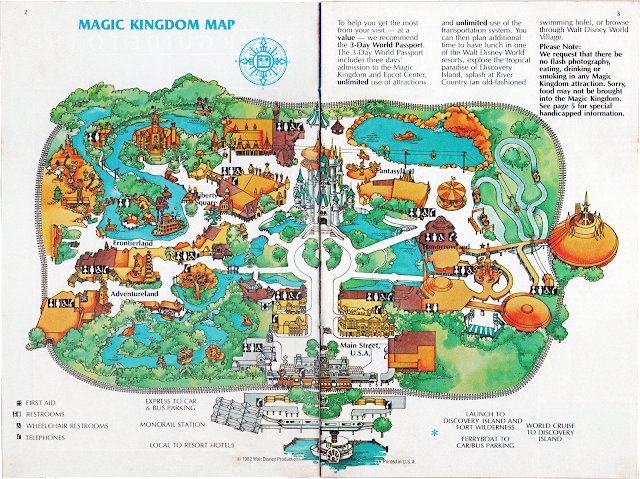 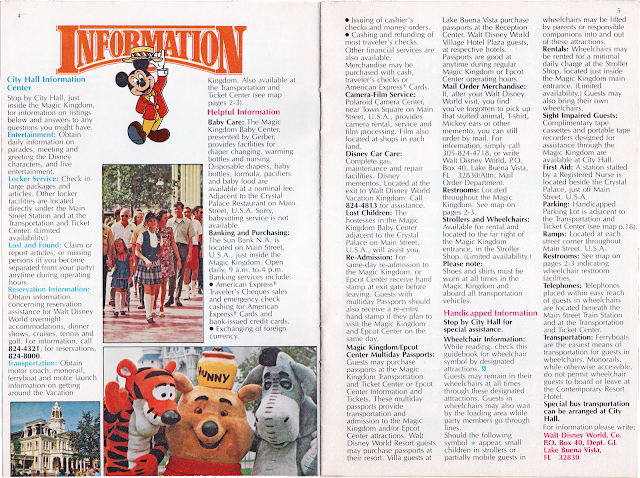 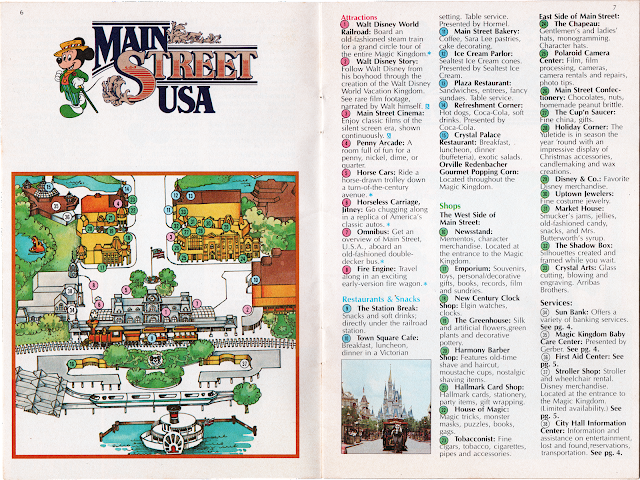 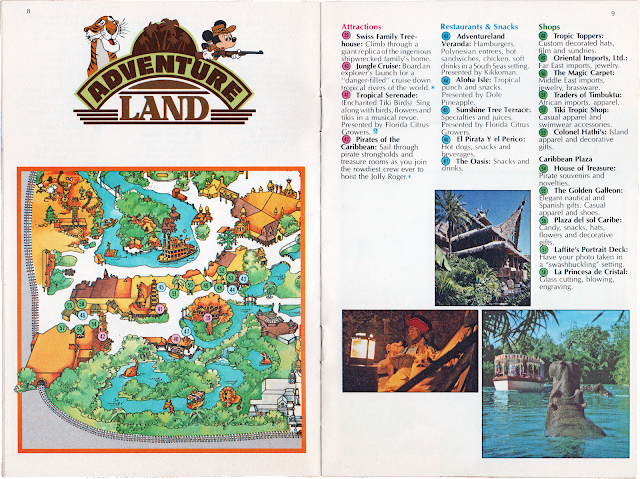 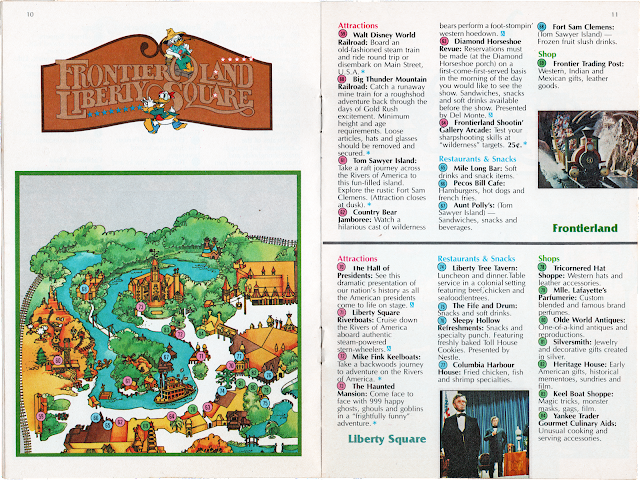 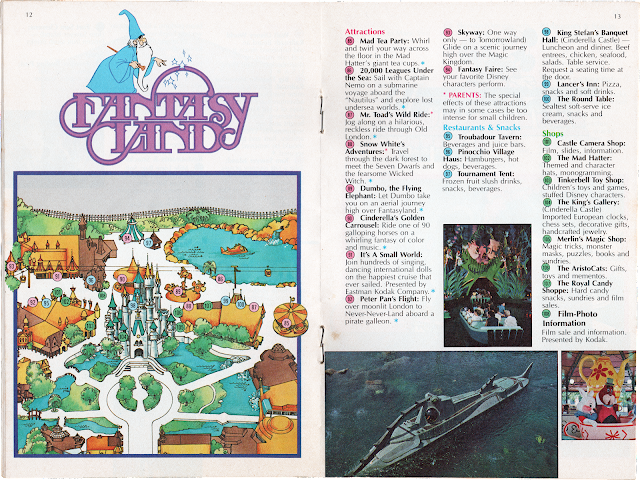 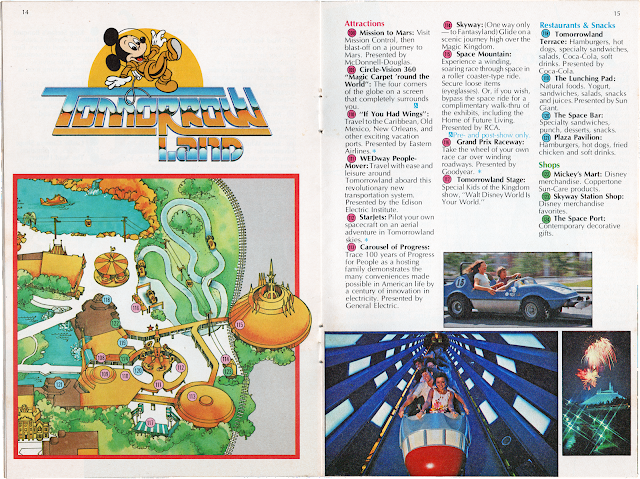 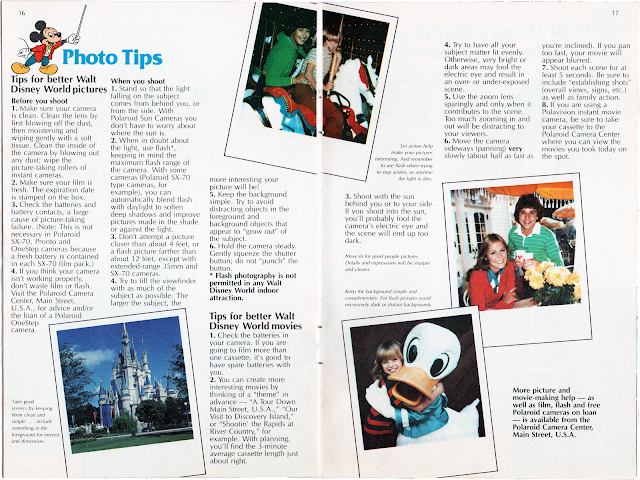 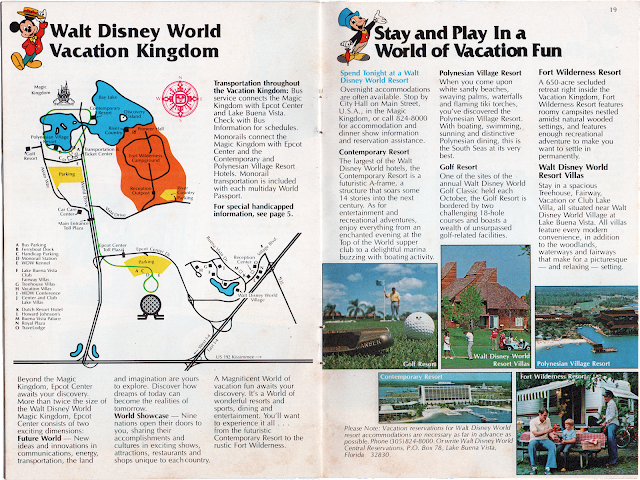 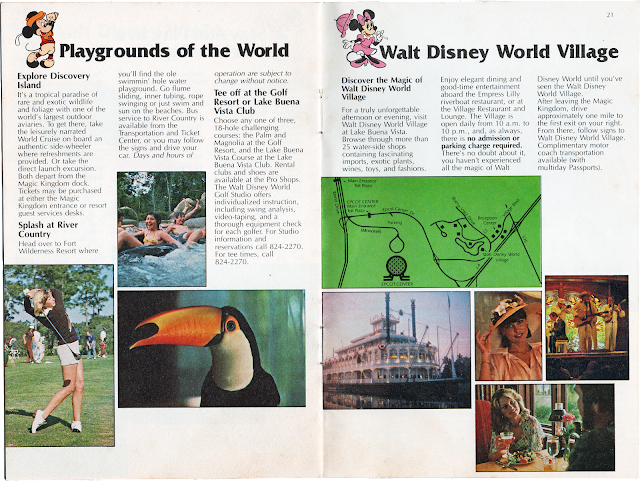 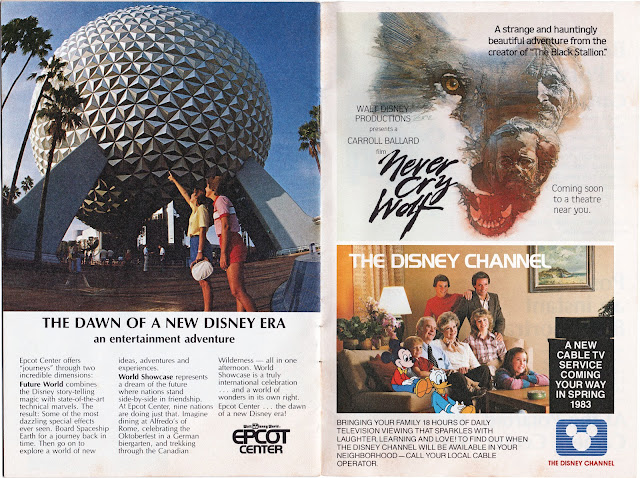 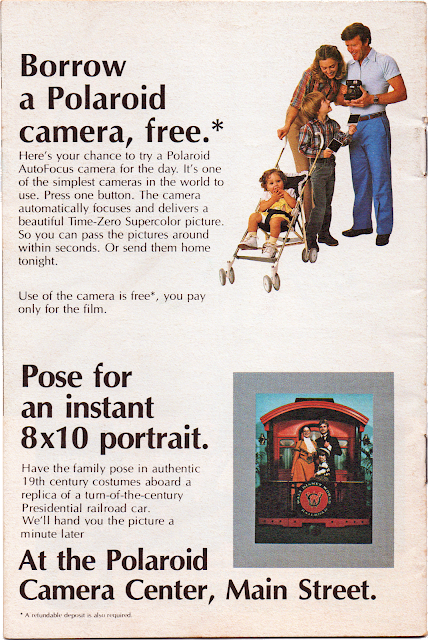 Posted by PracticalWDW at 1:14 PM