This post shows the contents of an early Walt Disney World Information Guide, detailing all of the attractions inside the Magic Kingdom, as well as the shopping, dining, entertainment, and other recreation across the entire Walt Disney World resort. In later years, a similar booklet containing essentially the same information would be titled, "Your Complete Guide to Walt Disney World," and later the Information Guide would take on different forms, as a separate add-on to more generic color photo-laden magazine style guides and also at times as a standalone detailed planning guide for the whole resort.

This brochure served as your Magic Kingdom park map, while also containing information about ticket book pricing, and how to get to the parks. Four pages are devoted to photo and video tips from early camera sponsor GAF, followed by general information about the Contemporary, Polynesian, and Fort Wilderness resort, and a section highlighting recreational opportunities on Disney property. The Golf Resort, which would open late in 1973, is mentioned in the on-property transportation section of the Guide, but would have to wait for future vacation guides to be covered with the same detail as the other resorts. 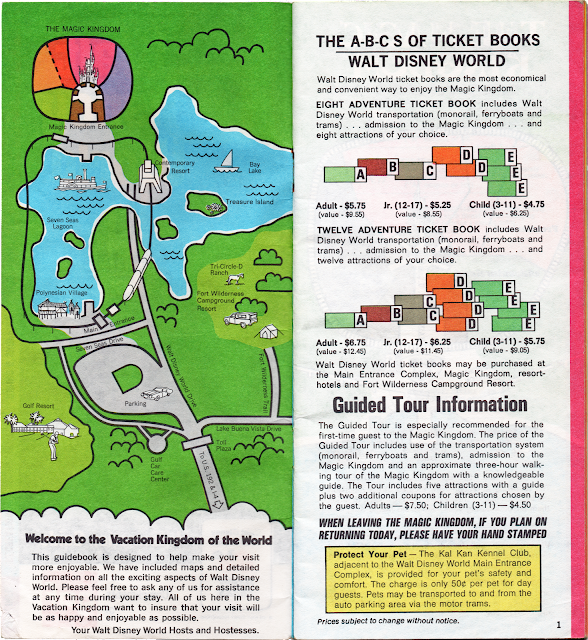 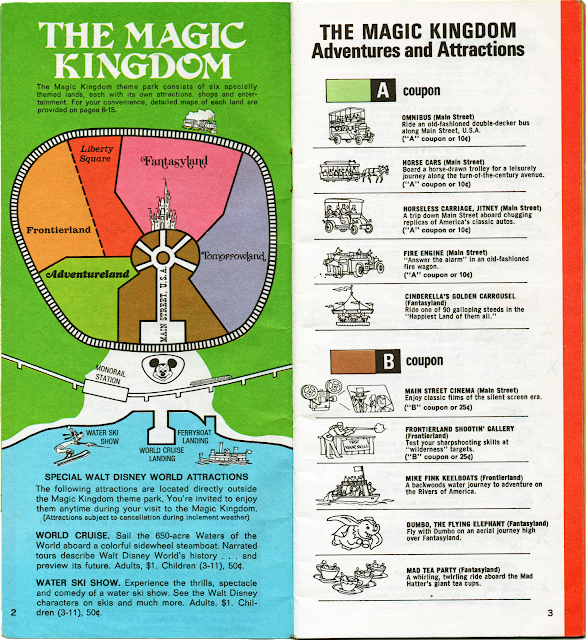 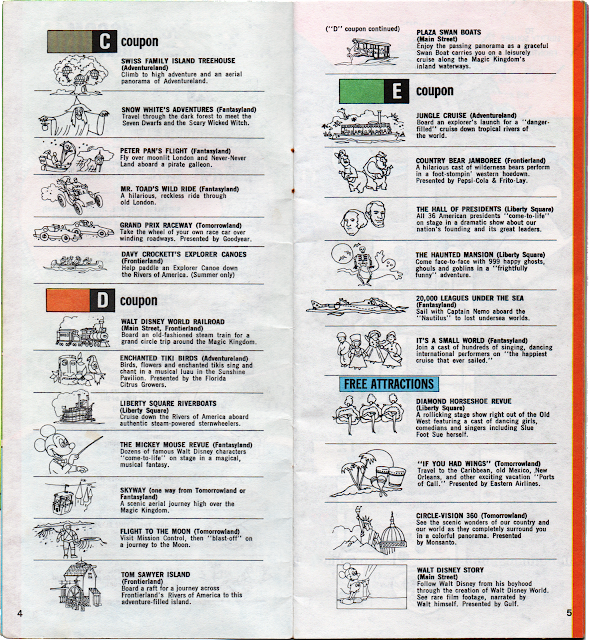 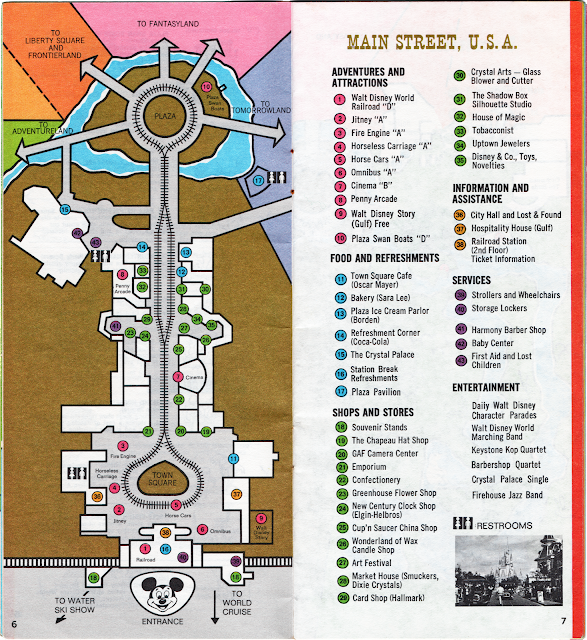 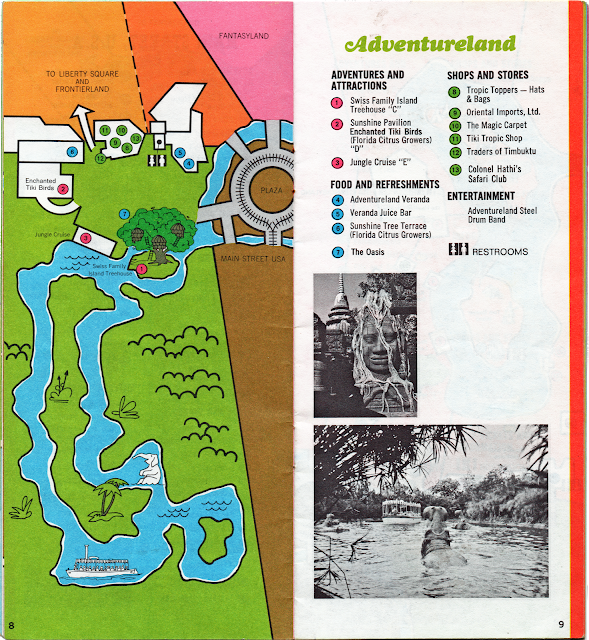 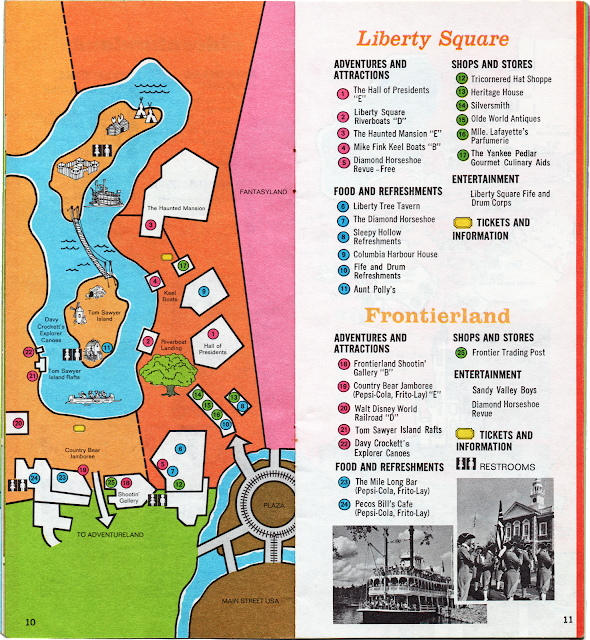 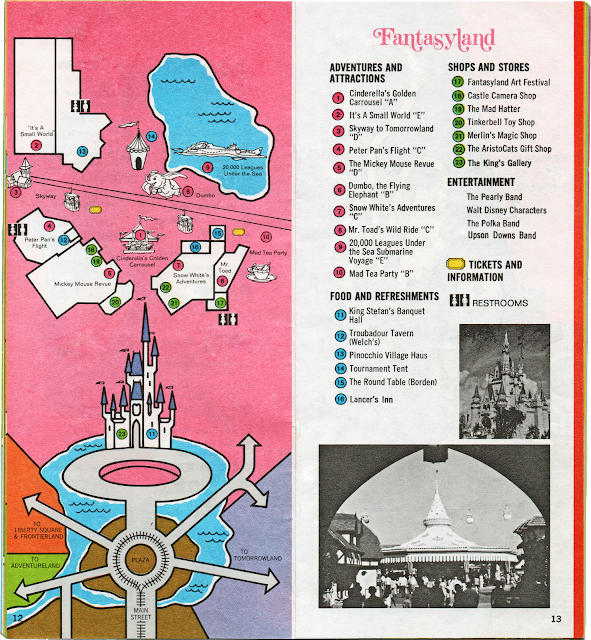 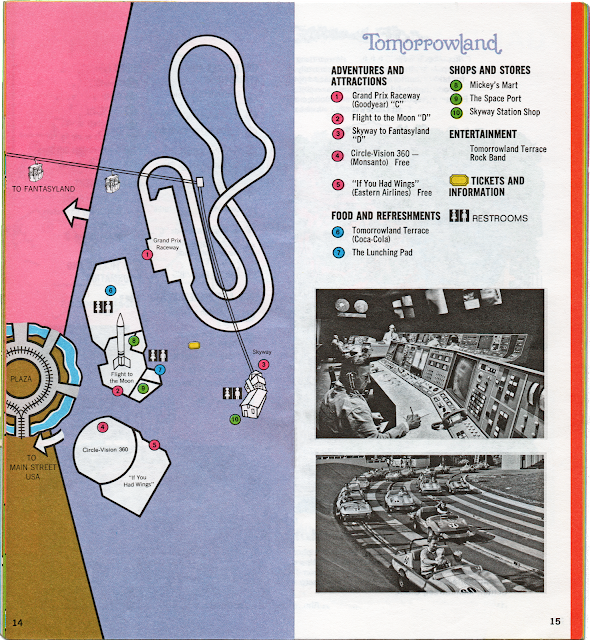 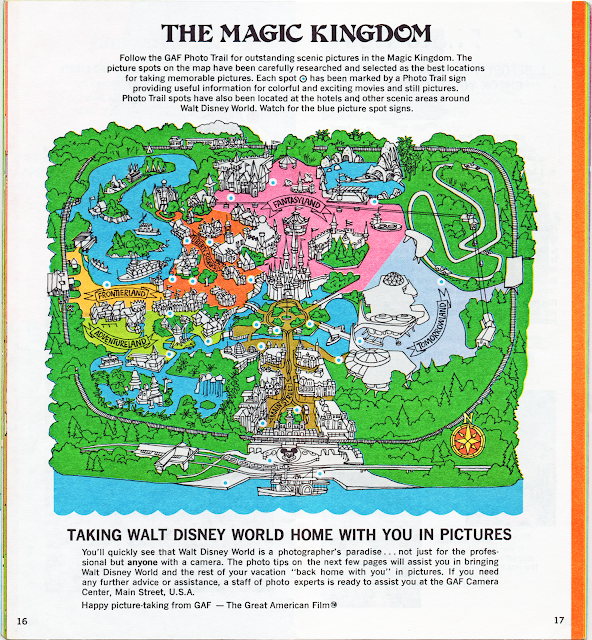 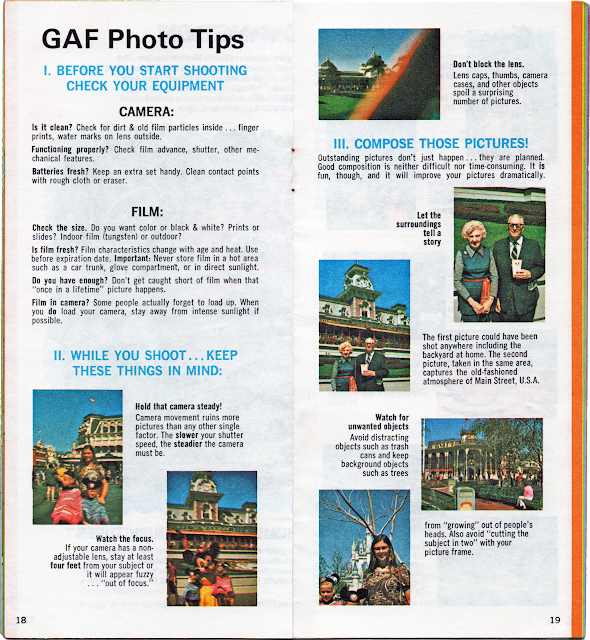 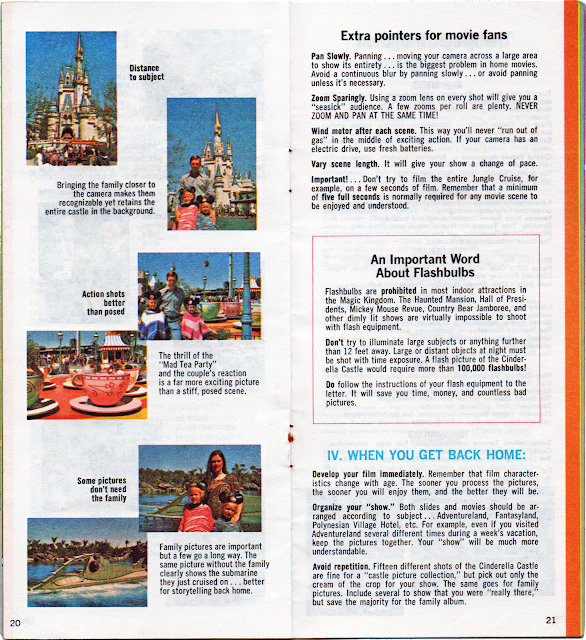 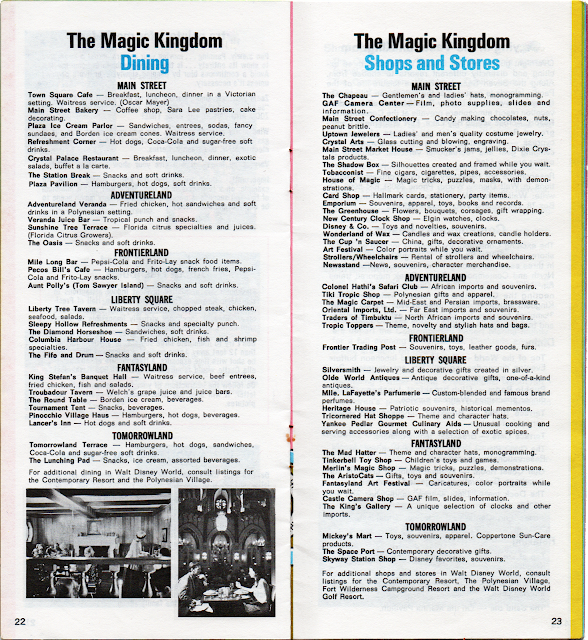 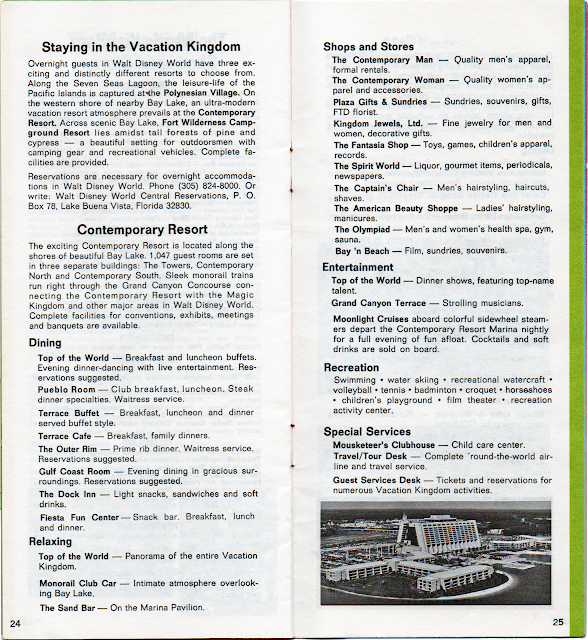 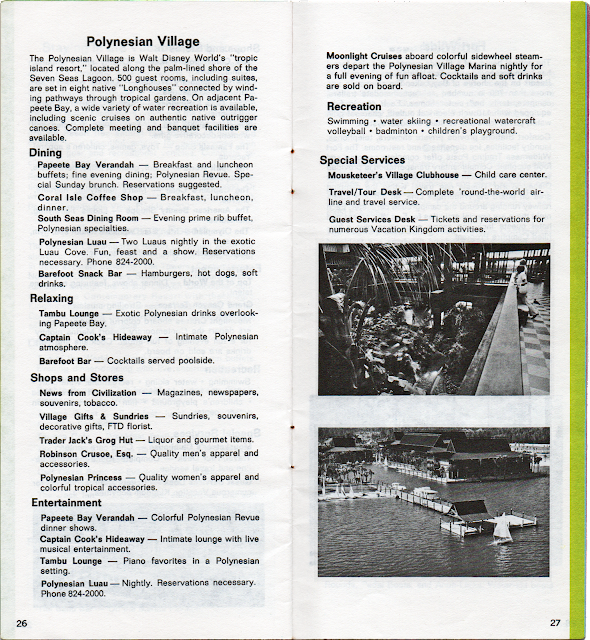 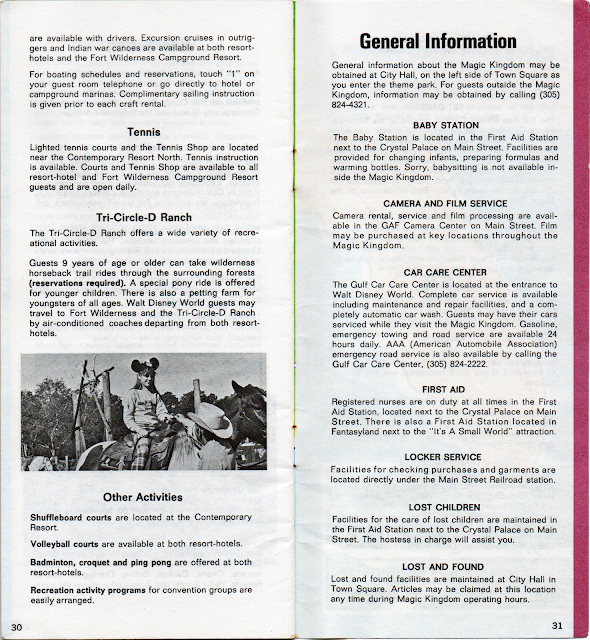 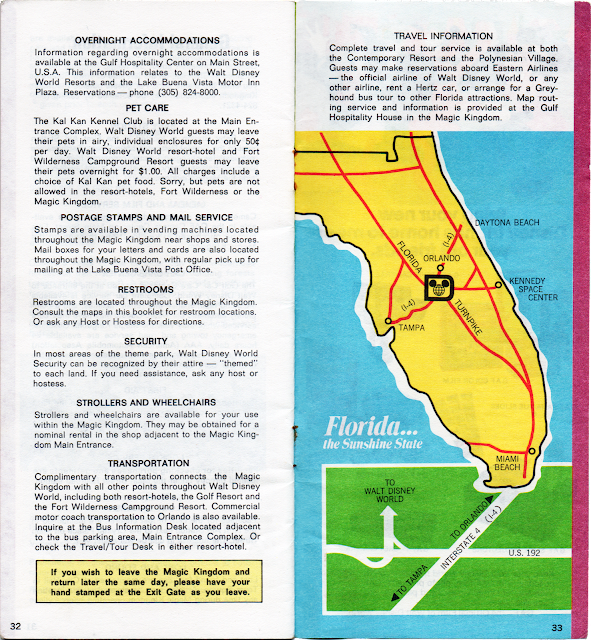 Posted by PracticalWDW at 10:20 PM