Epcot's 30th: The Epcot that Never Was

We've celebrated some of what Epcot and its merchandise and other paraphernalia looked like in the park's early days, but there has also been a fair amount written about attractions or World Showcase pavilions that were designed or at least strongly considered, but never built.  I'll offer a few examples from the book Walt Disney's EPCOT Center: Creating the New World of Tomorrow, which was sold in the parks to commemorate the opening of Walt Disney World's second theme park. I'll also offer links to some articles that do a great job of documenting what could have been part of Epcot today.

(NOTE: All photos below are from Walt Disney's EPCOT Center: Creating the New World of Tomorrow, published in 1982 by Harry N. Abrams Inc, NY for Walt Disney Productions)

Let's start with a look at a model for EPCOT Center. Notice the colorful Africa pavilion in the top left of the picture, next to the German pavilion. 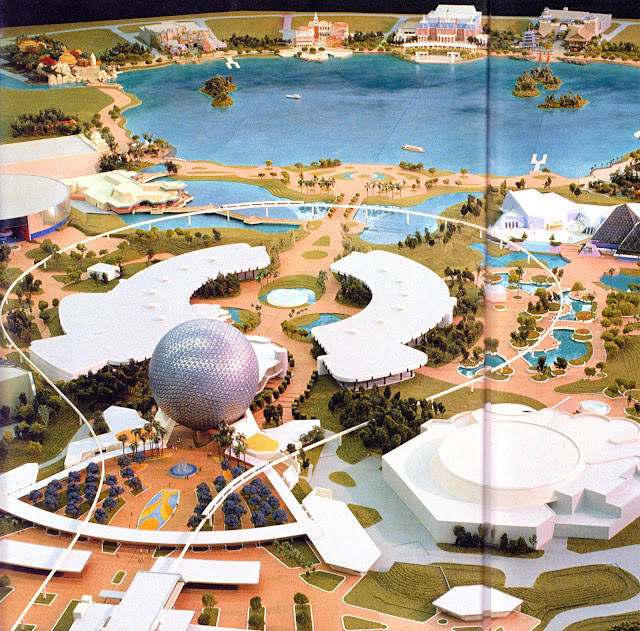 For those having trouble getting their bearings with the model, this overhead photograph of the park, while less clear than the model, does label the original park pavilions (though not all were operating on opening day and Africa was never built). 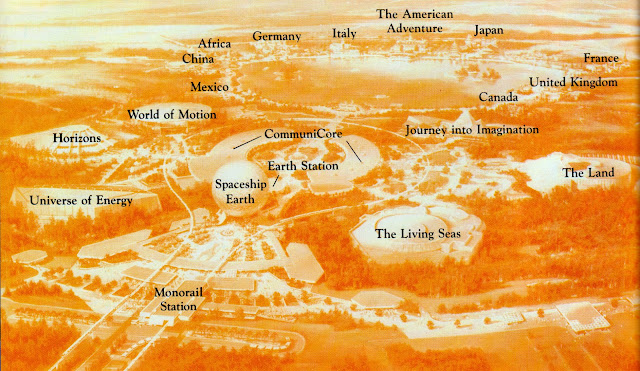 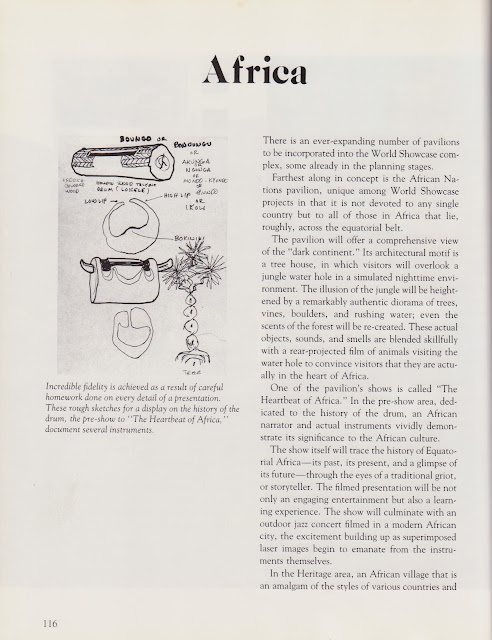 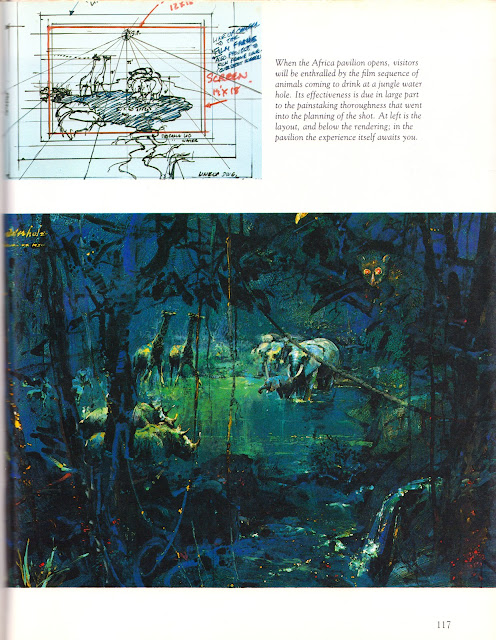 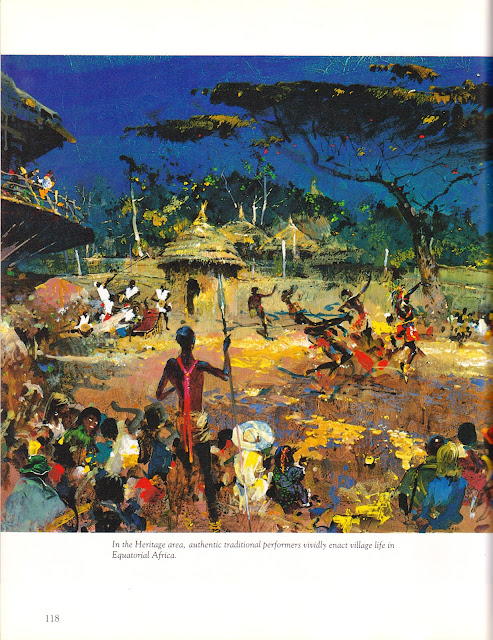 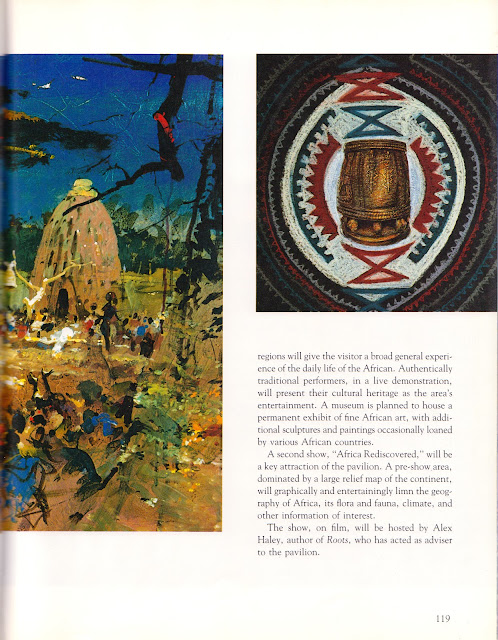 Several other pavilions were rumored to be part of World Showcase in the early years of EPCOT Center, including Switzerland, which would have featured an east coast version of Disneyland's Matterhorn roller coaster, the Soviet Union, Israel, Spain, and Venezuela.  I'll offer links at the end of the article to some descriptions and concept art of what those pavilions may have looked like.  However, in addition to entire pavilions that were not built, there were attractions for some original countries that never made it off the drawing board.


The German pavilion was to have included a Rhine river boat ride (today you can walk through the archway that would have served as the entrance to that attraction, as the exterior of the ride building was built).  EPCOT Center is a little short on details about the ride. 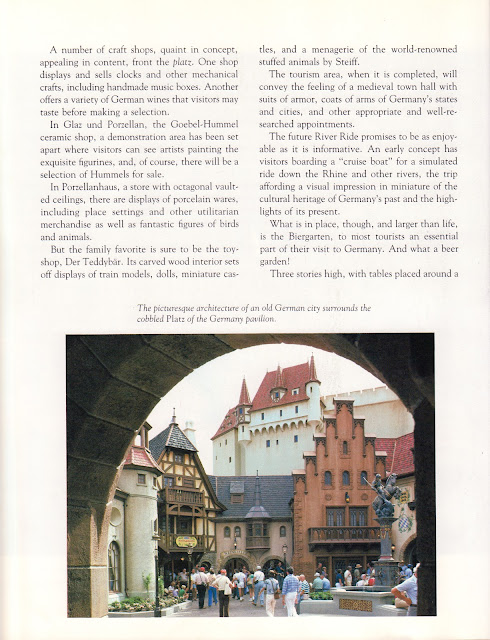 Perhaps more interesting is the Japan pavilion, which was to have featured not one, but two different attractions - at show titled Meet the World and a bullet train, as a sort of interactive movie/simulator ride through Japan.  EPCOT Center discusses the show and I'll post a link with details about the ride below. 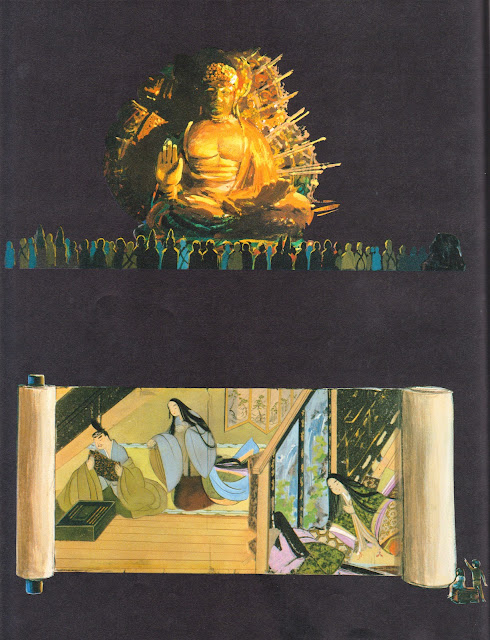 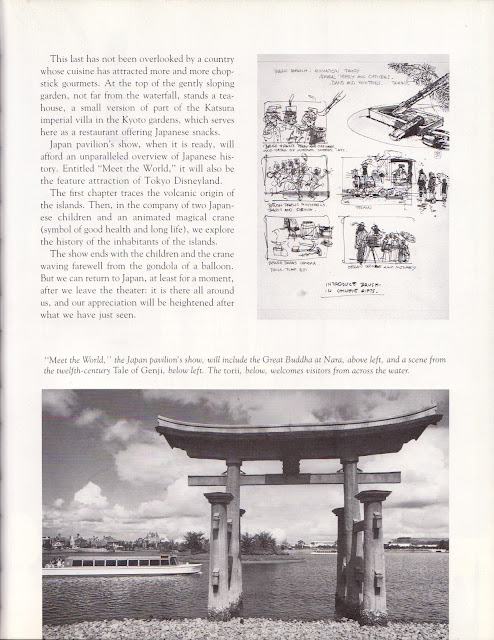 As we celebrate Epcot from the past and present, I hope everyone enjoys this look back at what could have been as we look forward to Epcot's future!