Here's a title of a brochure you won't see anymore, as Disney used a popular song from Song of the South and Splash Mountain to promote the park's fifteenth anniversary. I don't recall where this particular item came from, but it appears to have been a magazine insert, from a time when "special pullouts" were popular. I've dated this as 1987, because while the actual fifteenth anniversary of Disney World was on October 1, 1986, the actual celebration lasted through the following year, and a couple of the advertisements show 1987 copyrights.
The publication promotes new attractions, like the Living Seas and Captain EO, while also highlight the giveaways for the 15th Anniversary celebration. Also prominent are ads for Sea World, Eastern Airlines, and Premier Cruise Lines, from a time when Disney was more inclined to partner with other companies and when they were happy to find someone else to pay for their promotions! 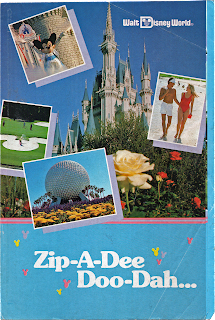 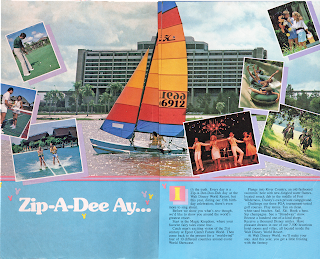 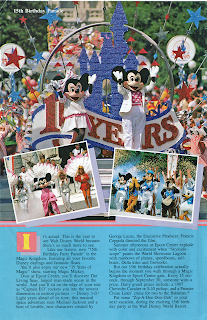 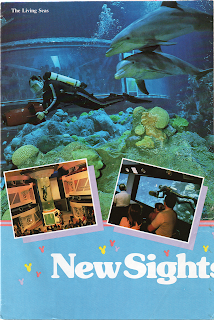 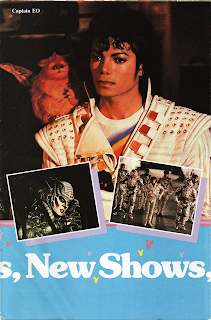 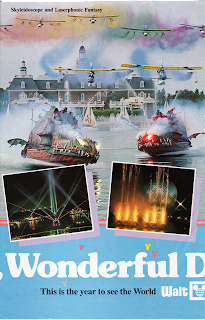 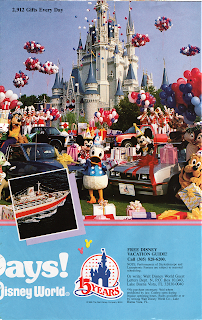 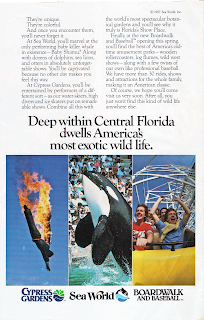 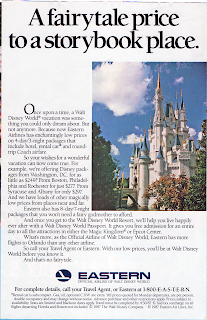 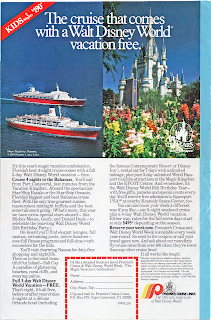 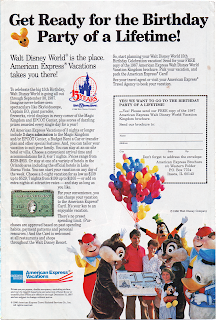 Here's the combined center of the insert, fully unfolded.

Posted by PracticalWDW at 2:50 PM